I received complimentary copies of Kidz Bop 25 and Kidz Bop Christmas, as well as a Spin Brush Tooth Tunes, in exchange for my honest review.

True story: I once spent an entire year listening to nothing but Barney CDs in the car.

Now, I love Barney as much as the next mom (= not much), but eventually I had enough and convinced my toddler to give The Beatles a chance.

So you can probably see why nowadays I try to avoid children’s music. In the car, my kids and I listen to the radio – primarily  what I guess you’d call Top 40/Rock. (Do those genres still exist? I’m not very musically hip. And also I just said “hip.”) I initially wasn’t so sure about this whole Kidz Bop thing. “Today’s biggest hits sung by kids for kids?” Is that really necessary? Don’t the radio versions of songs already edit out the swear words?

In a word, no. I mean, sure, the worst of them are taken out. But there are still lots of words tossed around that I don’t want my kids repeating. Not to mention the adult themes – oh my goodness! If you want to hear a good example of what I’m talking about, listen closely to the radio version of “Thrift Shop” by Macklemore & Ryan Lewis. It’s a catchy song, right? Shopping at Goodwill seems innocent enough. But the swear words are barely concealed. And what about the part about R. Kelly’s sheets? How is that even in the “clean” version? Try explaining that to an 8 year old. 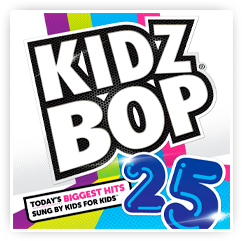 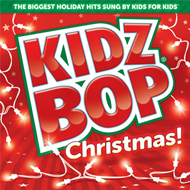 Anyway, that’s how Kidz Bop won me over – with their kid-friendly version of “Thrift Shop” on Kidz Bop 24. No bad words, no explaining sexually explicit concepts, just the fun lyrics and catchy beat that are perfect for car dancing. Considering that I was already a fan of Kidz Bop, I was was super excited to review two more CDs – Kidz Bop 25 and Kidz Bop Christmas. And as expected, they did not disappoint! My kids love listening to the songs that they know from the radio, and I love the comfort of knowing that they’re not being exposed to anything inappropriate. In “Royals,” they’ve got “grass stains,” not “blood stains.” In “Cups,” she’s bringing her “memories” instead of “two bottles of whiskey.” Kidz Bop 25 has lots of other current hits like “Applause,” “Wrecking Ball,” and “Roar.” I could’ve done without the Kidz Bop version of “The Fox,” but I could’ve done without the regular version of that too.

Kidz Bop Christmas is also lots of fun and would make a great addition to your family’s holiday music collection. It has most of our favorites, including “Rudolph the Red-Nose Reindeer,” “Santa Claus is Coming to Town,” and “Jingle Bell Rock.”

Believe it or not, Kidz Bop makes more than just CDs. Have you seen the musical toothbrushes for kids? The toothbrush plays a song for two minutes (the recommended amount of time for brushing teeth.) When the song ends, the child (and parent) knows that they’ve brushed their teeth for long enough. Spinbrush makes a line of musical toothbrushes called Tooth Tunes that play Kidz Bop songs. My kids got to try out one that plays the Kidz Bop version of “We Found Love.” 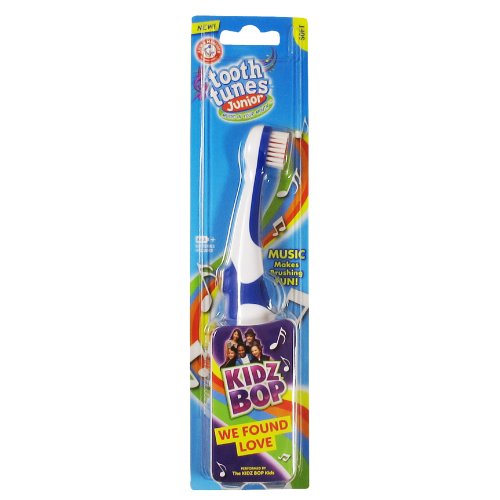 The surprising thing about this product is that the song is barely audible unless you’re the one using the toothbrush. The sound vibrations stream straight from the bristles – so you’re actually hearing it in your head while you brush. The pressure from the bristles on your teeth makes the music play. If you stop brushing, so does the sound of the music. I like this feature, but it took my kids a little while to get used to it – both were initially inclined to just hold the brush still against their teeth while the music played. 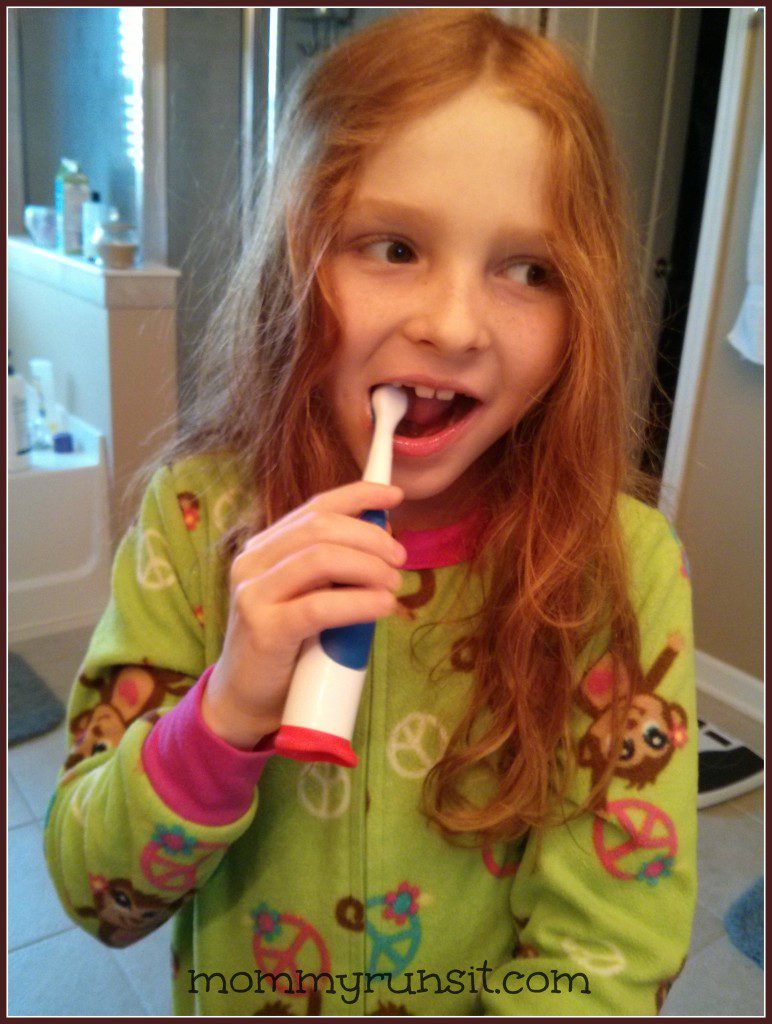 My 8 year old was excited about the concept, but it didn’t hold her attention for very long, especially when she found out that it only played one song. My 5 year old was also a bit disappointed that there weren’t additional songs, but she thinks it’s pretty cool that she can make the music play with her brushing movements. She’s decided to replace her regular toothbrush with her new Spinbrush Tooth Tunes.

Now for the fun part – the giveaway! One of my readers will win their own Kidz Bop 25 CD, which has yet not been released in stores at the time of this post’s publication. (It is scheduled for release on 1/14/14.) Use the Rafflecopter below to enter. Good luck, and let me know what you & your kids think of it!

* This giveaway is open to US residents only. You must be 18+ to enter. Winners will be notified and given 48 hours to respond. Mommy Runs It is not responsible for prize fulfillment. *