I am an Ambassador for the 26.2 with Donna. I am not monetarily compensated for this role, nor was I compensated to write this post. I may receive free products and invitations to events on occasion, but I am primarily compensated with warm fuzzies. All opinions expressed here are 100% mine.

I’ve spent the last couple of days thinking about how to write a race recap for the 26.2 with Donna. I want to get this right – because for me, The Donna has become so much more than just a race. I’ve had a bit of a hard time finding the right words to describe that to you.

The 26.2 with Donna started out as My Personal Challenge. Could I actually do the seemingly impossible?

Then it became My First Marathon. The thing that earned me the privilege of calling myself a marathon runner. 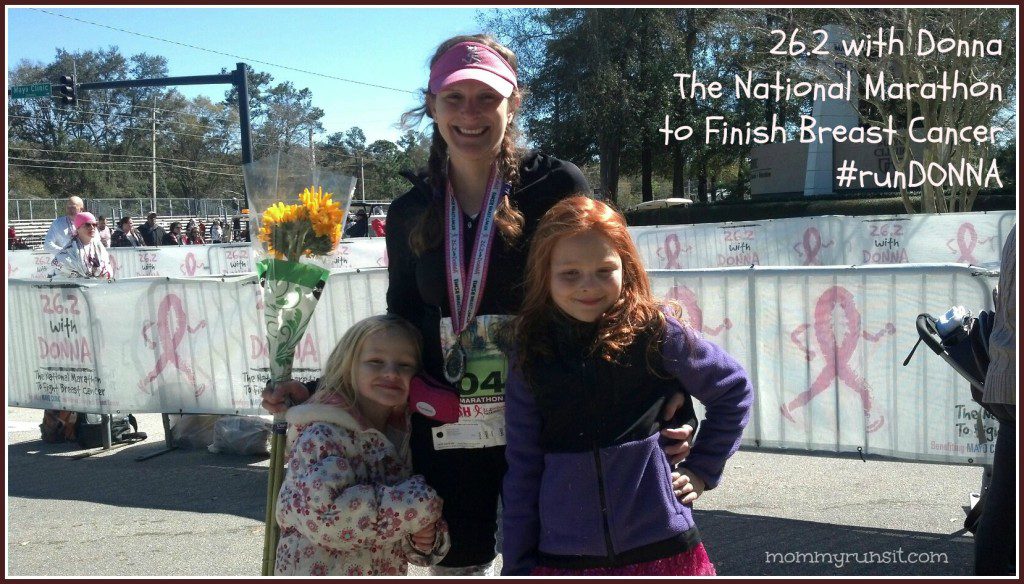 But then at some point over the last year, for a number of reasons, it became more than that. It became My Marathon.

And I’m not sure that I can do it justice with a regular race recap. So I’ve decided to do this in two parts. I’ll tell you all about race day in Part Two. But in this first part, I want to give you some of the history of the 26.2 with Donna. And I want to share my own history with it.

Who is Donna Deegan?

The marathon is called the 26.2 with Donna – so who exactly is Donna? Donna Deegan is a hometown hero and local celebrity. But to be perfectly honest, when I first signed up for the Jacksonville Galloway program, I didn’t know that The Donna existed. I knew who Donna was, of course, because everyone in Northeast Florida knows who Donna is. She’s the beautiful (former) anchor of the local evening news who’s married to the hot meteorologist. And she’s a breast cancer survivor.

As a matter of fact, Donna has beaten breast cancer three times. THREE TIMES. Incredible. In 2003, she founded The Donna Foundation, which provides breast cancer patients in Northeast Florida with emotional, social, and financial support. In 2004, Donna and her oncologist (and running buddy) Dr. Edith Perez were having coffee when they envisioned a marathon to end breast cancer. And in 2007, she started planning the 26.2 with Donna (The National Marathon to Finish Breast Cancer), a nonprofit organization dedicated exclusively to raising funds to end breast cancer. {source: Who is Donna?)

The inaugural 26.2 with Donna took place in February 2008. There were nearly 7,000 participants, and the event raised over $800,000, which went directly to the Mayo Clinic Jacksonville and The Donna Foundation. Donna, by the way, was diagnosed with breast cancer for the third time in October 2007. She trained for and ran the marathon anyway, chemo and all. I told you – she’s pretty incredible. {source: History}

Donna first partnered with Jeff Galloway and the Galloway Training Program back in 2004. Long before the breast cancer marathon was a twinkle in Donna’s eye, Jeff Galloway trained Jacksonville runners for a local marathon while raising about $100,000 for The Donna Foundation. And in July 2007, the Jacksonville Galloway Training Program kicked off in preparation for the Inaugural 26.2 with Donna. {source: History}

If you’re a regular reader of my blog, you know that I’m a die-hard fan of Jeff Galloway’s Run-Walk-Run training method. By the time I signed up to train for The Donna in the summer of 2012, the Jacksonville Galloway group had been going strong for 5+ years. Many of the runners were back to train for their 6th consecutive 26.2 with Donna. That very first morning of training, as I stood among hundreds of excited runners, many of them hugging, laughing, and catching up – I knew that I wanted to be a part of it.

So I spent 7 months training for the February 2013 marathon. And on February 17, 2013, I became a marathon runner. My first marathon experience…well, let’s just say that it could’ve been better. You can read my race recap here. But I did it. I crossed that finish line. And I knew right away that I wanted to do it again. 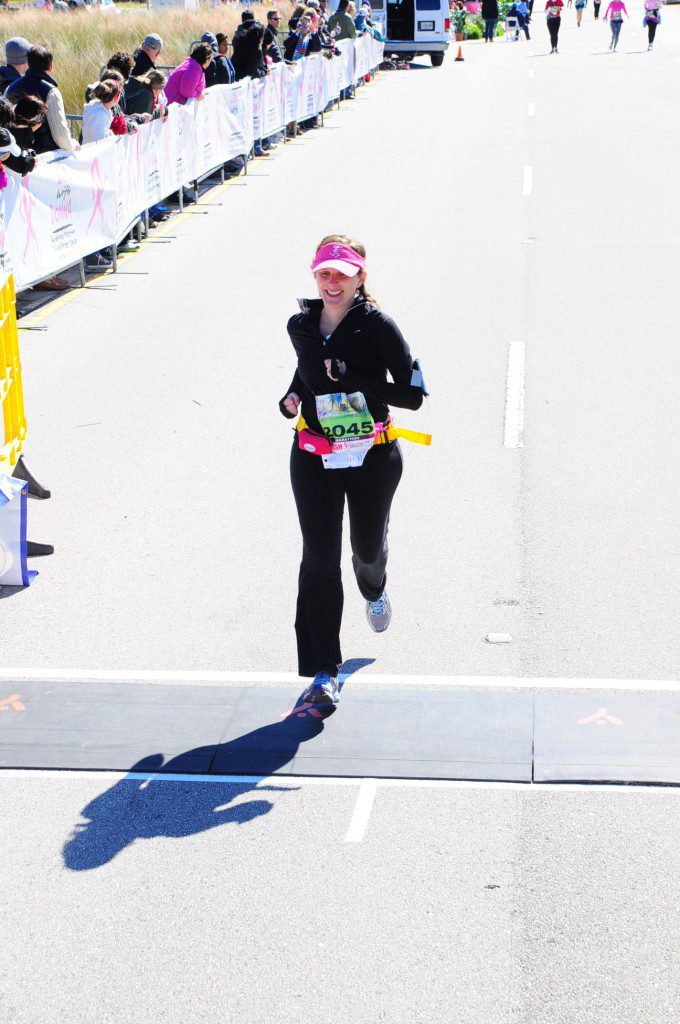 A Blog & A Bestie

After the marathon, I took a little break from training. I even halfheartedly agreed to consider skipping the 2014 26.2 with Donna and focusing instead on running shorter distances. In the meantime, I began doing more cross training. I replaced my Saturday morning group runs with Body Pump and treadmill runs at the gym. I took a Zumba class here & there. And I fell in love with yoga.

Meanwhile, a couple of important things were happening in my non-running life. First, Mommy Runs It was born. (Um, I guess that’s still pretty running-ish, huh?)  Little by little, this blog began to grow, and I began to make connections in the blogging community. Specifically, with fitness bloggers. And even more specifically, with running bloggers. One thing led to another, and in fall 2013 I was selected to be a 26.2 with Donna Ambassador. My role would be to support, raise awareness, and promote the marathon via social media and on a local level. I was thrilled!

The second thing important thing that happened is that I met Kristie – a fellow Galloway marathon runner, a breast cancer survivor, and my dear, dear friend. One day on a long run, Kristie shared her breast cancer story with me. It’s a remarkable story that deserves a post of its own – one that I hope to someday share with you here.  But for now, I’ll summarize – in her early 30’s Kristie was diagnosed with a very rare and aggressive form of breast cancer. It was a death sentence. But then she participated in a clinical trial at Mayo Clinic, and it saved her life. The doctor who ran the trial was Dr. Edith Perez – an internationally known researcher at Mayo Clinic who has dedicated her career to ending breast cancer. The same oncologist who treated Donna Deegan and who helped come up with the original idea of a Breast Cancer Marathon. And the same doctor who runs many lifesaving clinical trials with the funds directly raised by the 26.2 with Donna. 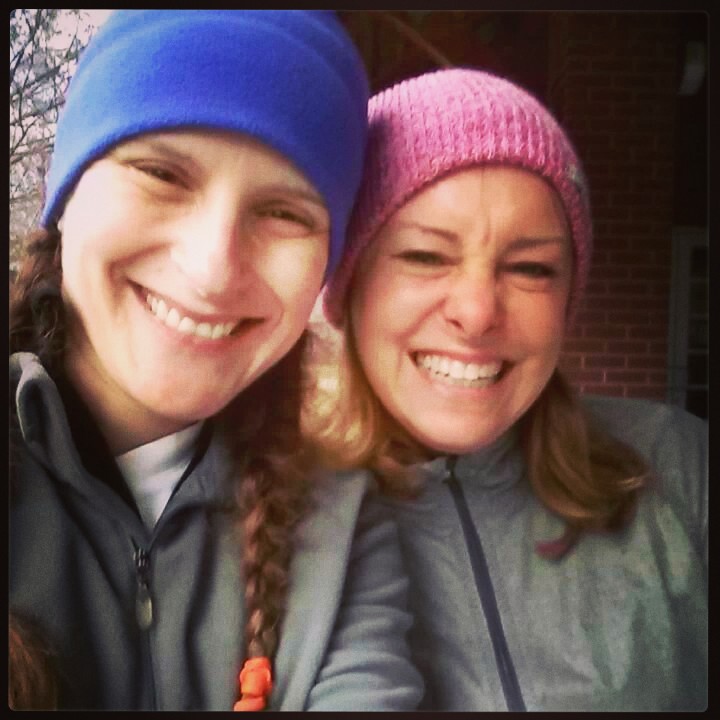 That’s when it finally hit me. This marathon I was running – it wasn’t just about bragging rights or getting a PR. It was about saving real lives of real people. Wow. The mind wobbles.

My gig as a 26.2 with Donna Ambassador only began a couple of months ago, but I hope it’s something that I can continue. In addition to spreading the Donna love, I’ve gotten to do some pretty fun pre-marathon things.

My kids and I got to be in a series of TV and online ads for Ashley Furniture.

I participated in a run with Olympic legend Joan Benoit Samuelson. 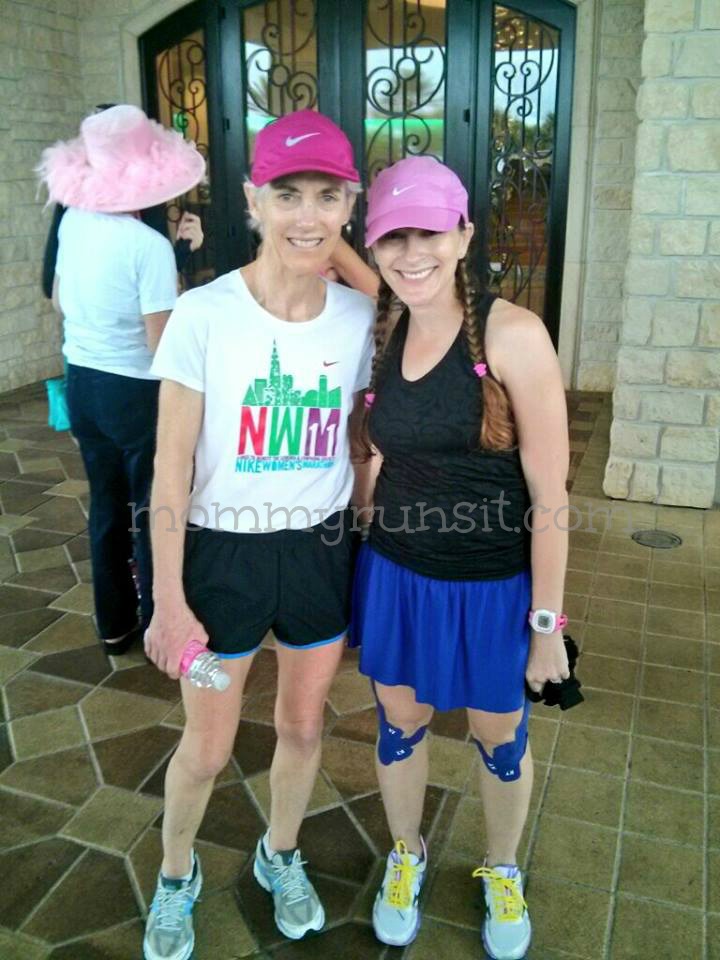 My husband and I got to attend a VIP dinner at a fancy resort, where we hobnobbed with a bunch of important people. (My car’s creaking brakes and squealing belts made quite an impression with the valets.) 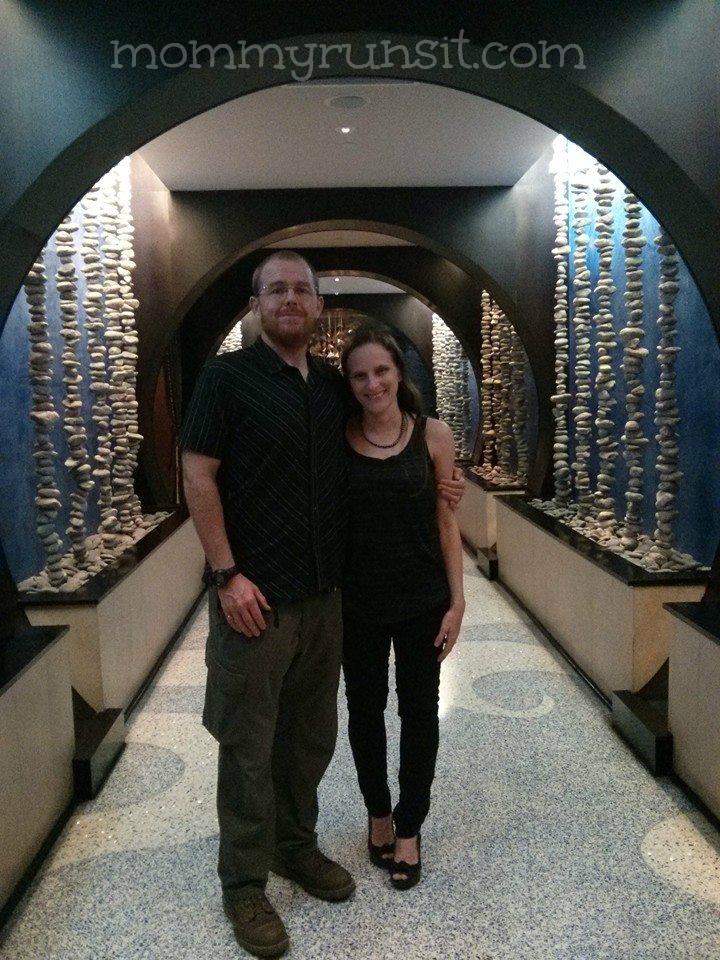 The hubby and I also got to attend a dinner at Mayo Clinic honoring the top fundraisers. Dr. Perez was one of the speakers, and she shared some really cool information about her ongoing research. We also heard stories of courage, strength, and hope from several people who had been personally impacted by The Donna Foundation. 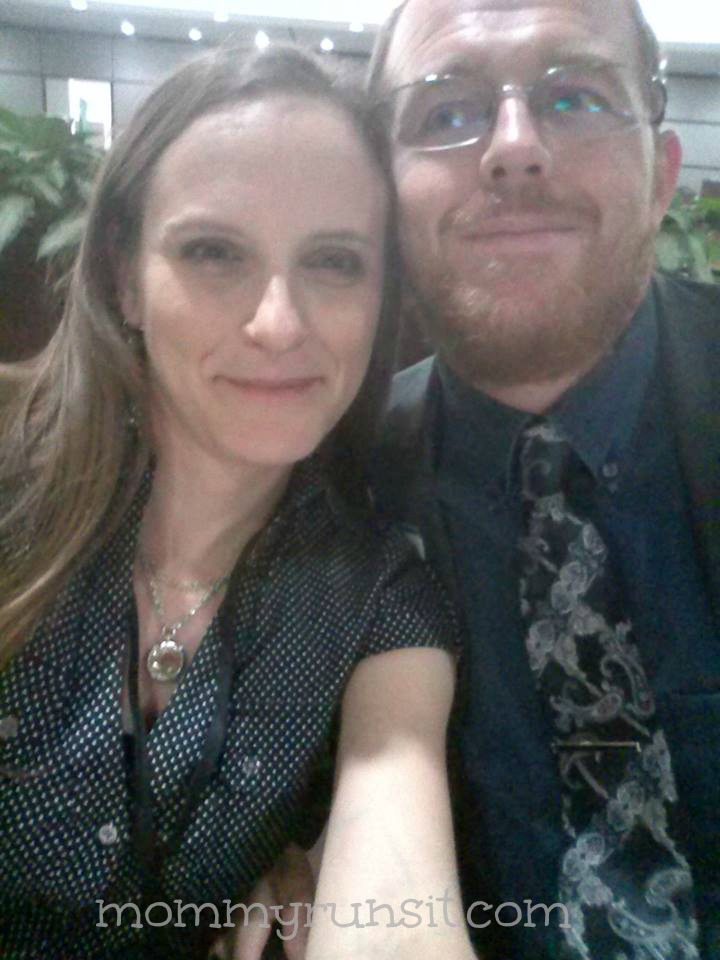 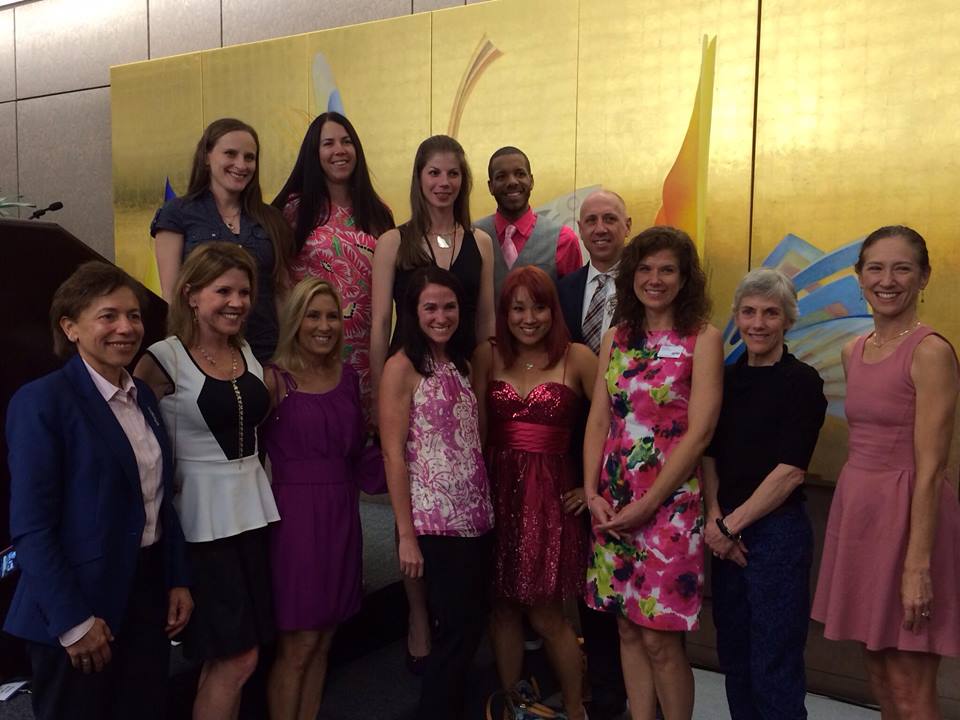 And all that’s nothing compared to the actual marathon! But we’ll get to that another day.

Have you ever run the 26.2 with Donna? I’d love to see your photos!

Do you have a race that’s Your Race?