Top
You are here: Home / Life, Love, + Laughter / The Trouble with Treadmills

On Friday night, I was working on a post about running with asthma. It was full of all kinds of wisdom like this:

Carry your rescue inhaler with you at all times. Don’t go on a run without it!

I mean, obviously, right? And then…the very next morning, guess who went for a 10 mile run without her inhaler? Yep. This girl. 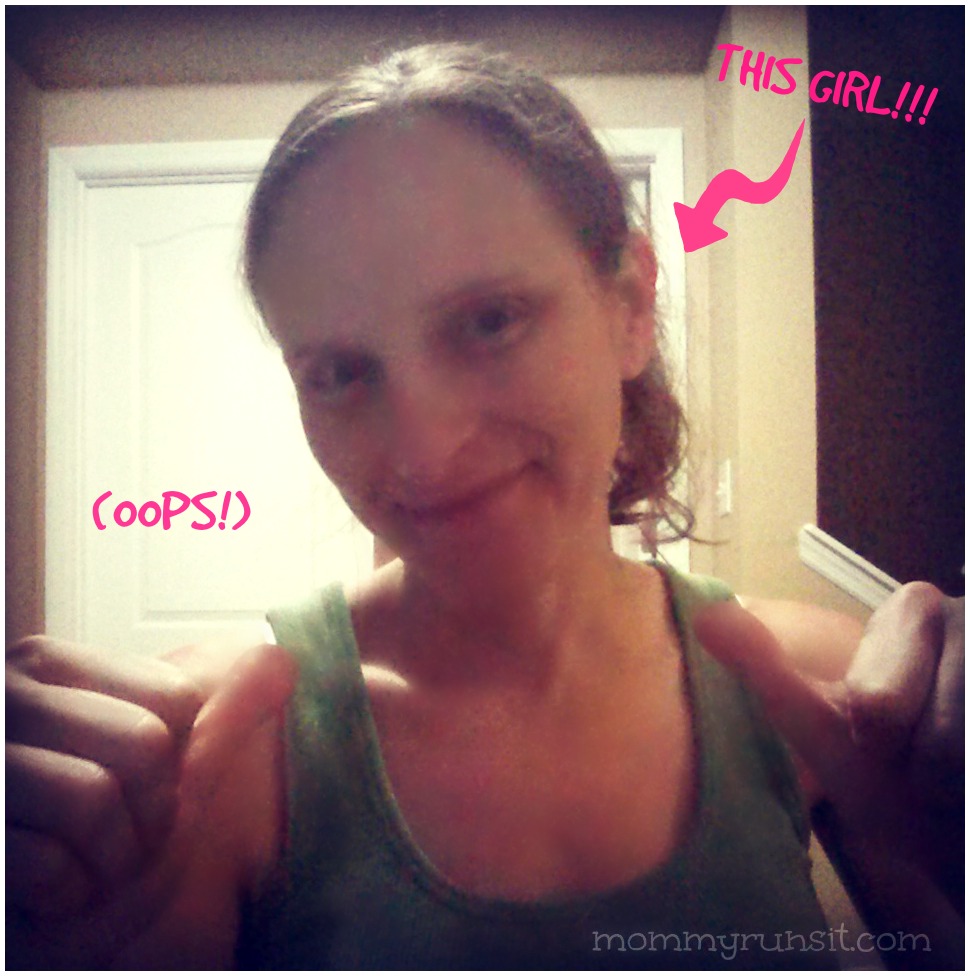 And you want to hear the really dumb part? I did it on purpose. I didn’t forget my inhaler. I just decided that I didn’t have room for it in my FuelBelt. I didn’t have a cold. My breathing was fine. I’ve maintained a pretty good level of conditioning, even though I’m not currently in training for anything specific. I’ve been trying to get in one 8-10 mile run every week, on top of yoga, strength training, and my shorter runs. So despite my own sage advice, I decided that I’d be fine without it.

Suffice to say, it was a tough run. I huffed and puffed for the entire 10 miles, which is unusual for me. Typically my breathing starts out a little rough, but I’m able to regulate it after the first couple of miles. Not yesterday though. I kept waiting for it to get easier but it never did. Thankfully, my friend Mercedes stayed back and ran with me for all 10 miles. I probably would’ve called it quits at mile 4 if she hadn’t. We spent some time analyzing why I was having such a hard time.

The humidity. At 6:00 a.m., it was about 80 degrees and 85% humidity. Just as a point of reference, people tend to feel most comfortable at a relative humidity level of about 45%. I knew that cold weather could be a trigger for asthma, but I didn’t realize that high humidity could be as well. But studies show that a humidity of 50% or higher may lead to a greater incidence of asthma problems. Simply put, humid air is heavier, which makes it harder to breathe. My Albuterol inhaler would’ve helped a bit by opening my bronchial airways, which would have increased my airflow.

Since my marathon in February, I’ve done the majority of my training on a treadmill, inside of an air conditioned gym. It’s partly necessity (now that the kids are out of school, I need the childcare) and partly personal preference (I don’t like running in the heat, and if I have to run alone I’d rather do it in front of the television). I’ve become used to running in a controlled climate, where my lungs don’t have to work quite as hard. When suddenly put to the challenge of running in 85% humidity, they just couldn’t keep up.

Training on a treadmill. Like I said, I don’t mind running on a treadmill, and I’ve never been terribly concerned that it could negatively impact my training. I never really researched it – I just figured that 10 miles is 10 miles, regardless of where you run it. But – shocker – I was wrong. It turns out that running outdoors (especially on rough or uneven terrain) can take up to 10% more energy than running on a treadmill. It’s commonly thought that you should run at an incline of 1% to simulate running outdoors. However, as I looked into this a bit more, I found several sources that call this a myth. You can read this and this and decide for yourself. As with just about everything, the most important thing is to do what works best for you.

Pacing problems. This is going to sound weird, but I don’t really know how to pace myself for a run. When I run with my Galloway group, I have a group leader who sets the pace for me. I simply follow along. And when I run on the treadmill, the machine does it for me. A long run Galloway-style is done at pre-determined intervals. The same pace is maintained for the entire run. But when I run on the treadmill, I tend to start out at a slower, more comfortable pace, and I gradually pick up speed after my first couple of miles. My average overall run-walk pace on a treadmill is usually around 11:30-12:00. If I’m calculating correctly, our average run-walk pace on Saturday was around 11:10. So in addition to the climate conditions, the pace was a good bit faster than what I’ve become used to these last few months.

So where do I go from here? Well, first of all I need to get back to running outdoors – probably at least once a week for a few miles. My next season of marathon training starts in July, and until then I need to either find a running buddy or get back in the habit of my Saturday morning group runs (there’s a year-round Galloway group that I could join). When I’m on the treadmill, I need to play around with my incline and pace. It’s probably a good idea to work toward maintaining a steady pace throughout the run, rather than starting out slow and picking up speed. And while it’s up for debate whether running at an incline will more closely simulate an outdoor run, it certainly couldn’t hurt. Saturday’s course had several hills, and they absolutely kicked my butt.

And, of course, there’s that whole inhaler thing.

So now I have some questions for you all: What percentage (if any) of your training do you do on a treadmill? Do you adjust the treadmill to more closely simulate an outdoor run? How? How does your running change (frequency, duration, intensity) when you’re not training for a race?

p.s. Keep your eye out for my original post about running with asthma. It should be up in another day or two.

Running with Asthma: Do You Have a Written Asthma Action Plan?
Blogger Confession: Why I Work for Free