I love it when a plan comes together.

But sometimes plans fall apart. In life, of course, and also in running.

This is the story of a marathon training plan that fell apart…and my attempt to put it back together again.

To recap: I’ve been planning to run the 2015 26.2 with Donna pretty much since I crossed the Donna finish line in February 2014. And while I wavered from time to time about running a half vs. full marathon, I always knew deep down that it was 26.2 or bust.

I started my third season with the Jacksonville Galloway Training Program last July. Here’s what the 2014-2015 marathon training plan looked like: 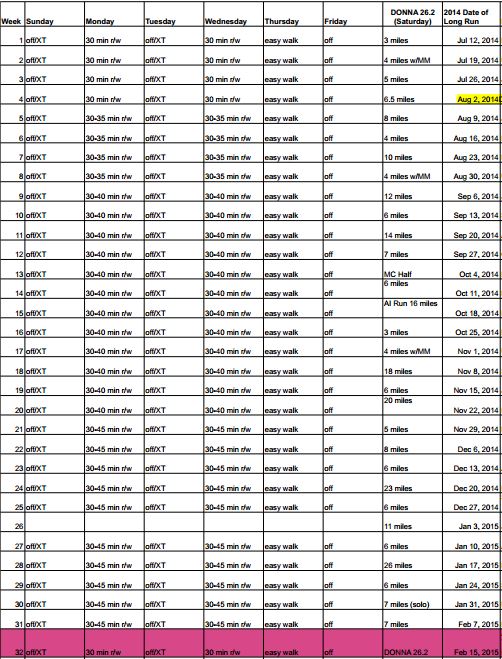 The entire plan is laid out for us before we even lace up our running shoes. All we have to do is show up and run a timed mile (the “magic mile”), which the program directors use to determine our group placement, training pace, and run-walk intervals. Each group has two leaders who set our pace and time our intervals – we just have to run when they say “run,” walk when they say “walk,” and not fall behind or get too far ahead. Our long runs are mapped out and measured, with water stops about every 2 miles.  Even our mid-week runs are all planned out for us.

As far as marathon training plans go, it doesn’t get much easier than that. I mean, the actual running/training part isn’t easy, but the plan is easy to use – no guesswork required.

Anyway, this was the training plan that I intended to use for my third (and hopefully best so far) marathon. My first marathon was kind of terrible. Just, ugh. My second marathon was a good experience overall (thunderstorm notwithstanding), and I finished uninjured and relatively pain-free, but I didn’t meet my time goal. This third time around was going to be even better. I was going to finish it happy, uninjured, and – come hell or high water – in less than 5:30 (preferably a lot less, but I’m not completely unrealistic).

But you know what they say about our best laid plans.

This training season was a rough one right from the get-go. 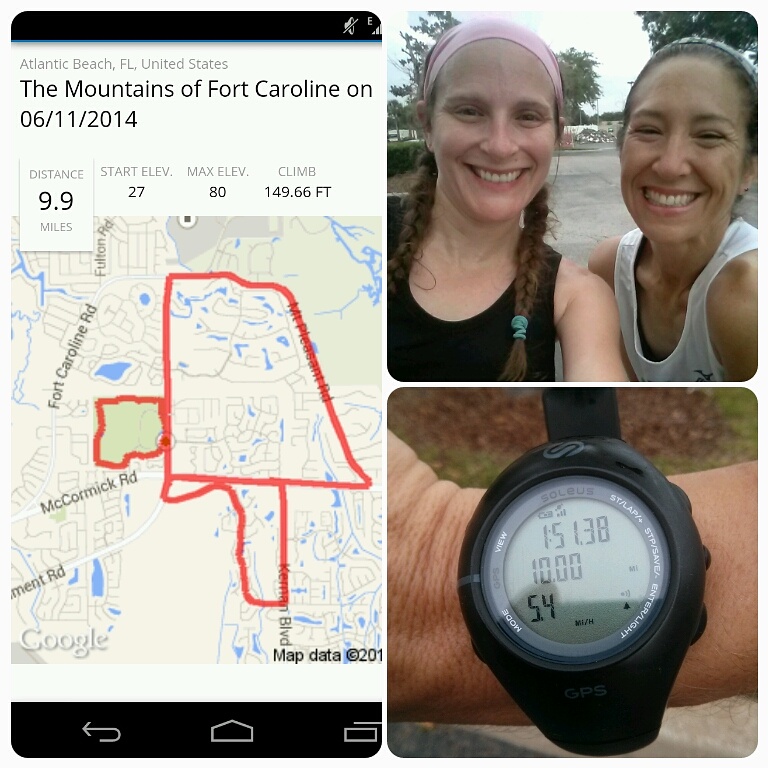 I had trouble controlling my asthma during the super humid summer months.

I had trouble controlling my core temperature and experienced early signs of heat illness on a couple of runs.

I had to miss the Marine Corps Half Marathon (it’s on the training schedule – see above) because it fell on Yom Kippur.

I also had to miss two other long group runs (16 and 26 miles) because of my responsibilities as a ZOOMA Ambassador.

And then I started missing the shorter Saturday group runs. Some of my absences were unavoidable – the weekend of the Girls on the Run 5K, for example, which I ran (ish) with my 9 year old. Or when my family went to Busch Gardens. But frankly, most of them I just chose to skip. It was either raining, or too cold, or too far/too early to drive for a 6 mile run.

Now, I just about always ran the number of miles on the schedule. Sometimes I ran them with my friend Kristie on Sunday mornings. But more often than not, I slept in on Saturday mornings, then I went to the gym with my family and ran my miles on the treadmill. 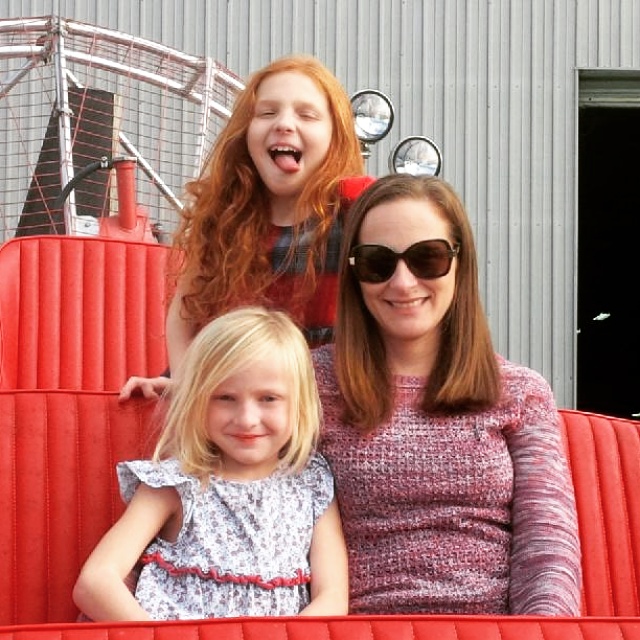 These Saturday mornings were really nice for my family, especially since we’d spent so many Saturdays apart during my two prior marathon training seasons. But they weren’t so great for my training. Even though I was still getting the miles in:

I know that second one sounds totally bratty. And it’s hard for me to admit it, especially since some of my running friends read this blog. But leaving it out of this story would be disingenuous. My running group has always been an integral part of my marathon training, and I no longer felt like I belonged.

Obviously, this was my own fault for not showing up for group runs. My running friends were never anything but nice and welcoming to me. But you know that episode of Friends where Phoebe feels left out because she was the only one who didn’t go to London? It felt kind of like that. 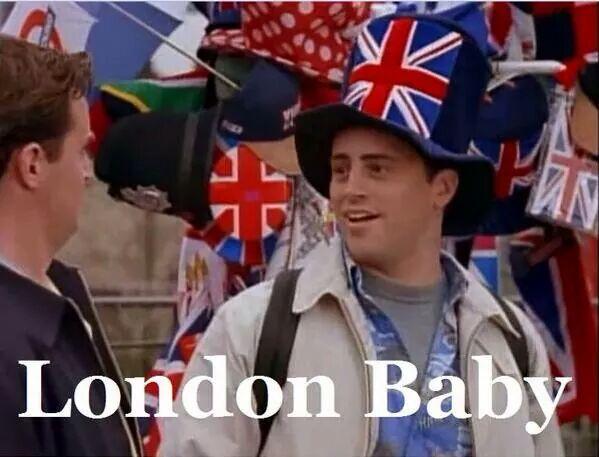 The more runs I skipped, the less I felt like part of the group. And the more I felt left out, the less likely I was to show up for the runs.

The Final Straw: The Flu

Despite all of the problems above (both real and imagined), I was still on track for the February 2015 marathon all the way through early December, including the 20 mile run on November 22.

Then I got the flu.

To make a long story short, I missed about 3 full weeks of training because of the flu and my subsequent asthma flare-up. I missed the 23 mile run on December 20, and I was unable to run the Jacksonville Bank Marathon on December 28.

I did run 10 miles on January 3, but at that point I decided that with such a large gap in my mileage, it would be irresponsible to continue training for a February full marathon. Since I was already in the habit of skipping most of my group runs anyway – I hadn’t run with my group since before Thanksgiving – it was easy (too easy?) to put my marathon plans on hold.

But then I saw this:

If you watch all the way through to the end (or skip to about 2:22 if you’re in a hurry), you’ll see me (pink shirt, white skirt, sunglasses) with some of my running friends – Mercedes, Angie, Angela, Valerie, Tom, and Todd – during the 2014 26.2 with Donna.

How could I possibly think it was a good idea to miss out on THIS? 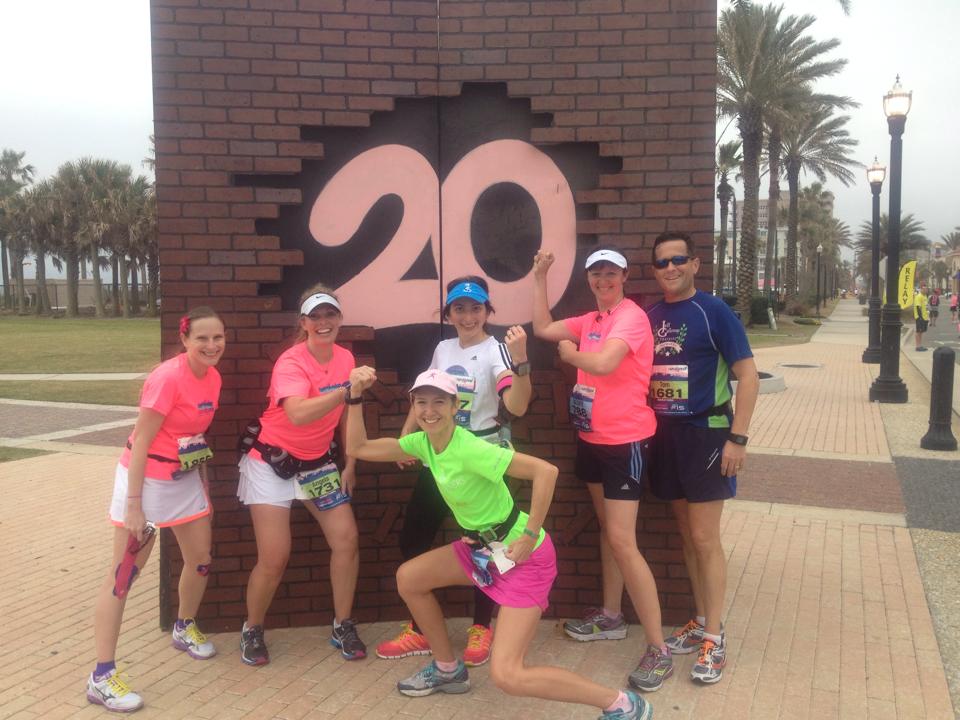 I know I said that I wouldn’t be sufficiently trained in time for a full marathon on February 15. But I did successfully finish a half marathon just 5 days ago – injury-free and on par with my average pace and typical half finish time. I did adhere to a marathon training program all the way through the 20 mile run. And I did run 50 miles in the last 3 weeks.

So is my conditioning where I’d like it to be? Probably not. But is completing a marathon next month still possible? I think it might be.

So I have a choice to make. Do I continue training as planned, with the goal of running a strong half marathon? Or do I set my sights (back) on completing a full marathon?

If I choose NOT to train for a full marathon, will it be out of concern for my physical health, or will it be because of laziness/apathy?

Am I making the decision with my head, with my heart, or with my ego?

How much is my desire to be part of the group playing into my decision? Do I truly feel physically ready to run a marathon, or is my decision being influenced by my (albeit childish) desire to not feel left out?

My friend Angie has had a rough training season as well, and because of illness and injury, she’s in a similar position – only she’s determined to run the full marathon no matter what. 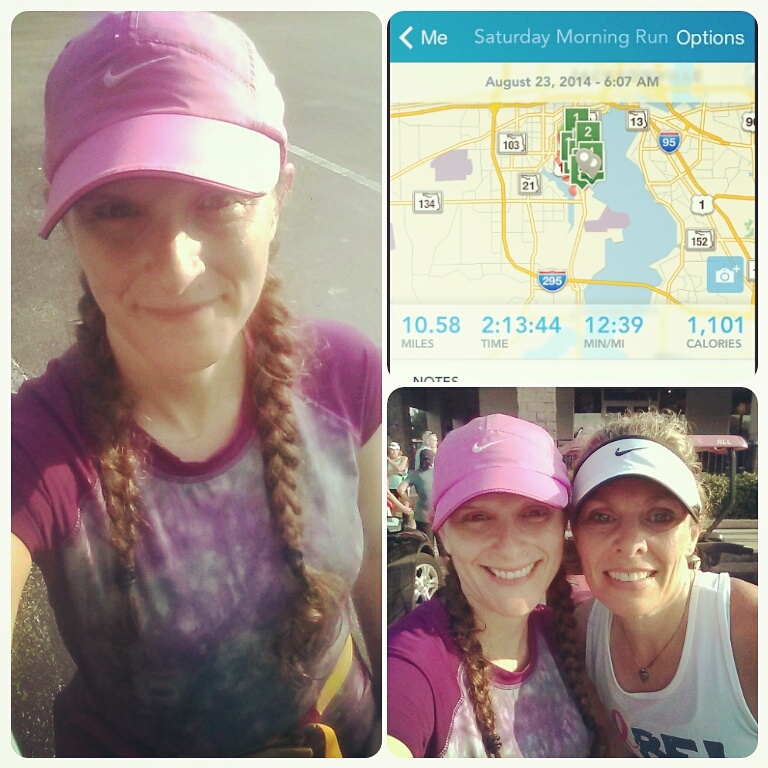 Here’s the training plan that Angie (with the help of a couple of running friends/coaches) has come up with:

(Did I get that right, Angie?)

This is the plan I’m hoping to use too, and I would really love some feedback on it. Physically I feel good, and I believe that I can get in all of the miles. But does this look like enough? Or too much? Is there anything you’d suggest that I adjust?

I guess regardless of whether I end up running a half or a full, the most important thing is that I keep moving forward…one mile at a time.